skip to main | skip to sidebar

The Thief Detective and Mutual Aid Association of Princeville 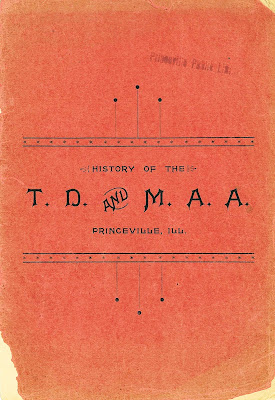 Recently, the museum was given the opportunity to view and scan some old photos, booklets, newsletters and papers that have been in storage at the Lillie M. Evans . We will be sharing many of these items with you via the blog. The originals are available by request at the library. One of the first items I want to share with you is from a booklet published by the Princeville Telephone in 1902.

The Thief Detective and Mutual Aid Association (T.D. & M.A.A.) of Princeville was organized during the Civil War in August of 1863. Horses and mules were in great demand during the war which resulted in organized horse theft across the country, reaching the Princeville area in 1863. The purpose of the T.D. & M.A.A. was to recover stolen property and capture the thief. During the years the T.D. & M.A.A. was in existence, they recovered quite a bit of stolen property for its members including horses and clover seed.

The T.D. & M.A.A. was founded by William P. Smith, Solomon Bliss, Charles Beach, Vaughn Williams, and S.S. Slane. William P. Smith was the first captain and was succeeded by Solomon Bliss, H.F. Irwin, John Corbett, J.D. Hammer, and S.S. Slane. Other members named in the booklet include J.T. Slane, T. Moody, Frank Beall, Emmanuel Keller, John Miller, A.B. DeBord, Charles Taylor, M.V. Conklin, Dr. T.E. Alyea, Joseph Friedman and W.H. Wisenberg. Photos of many of these men are in this booklet. The photos are at the bottom of this post. They are a group of serious looking men!

The booklet includes a few stories about how they recovered horses and captured the thieves, including a trip to Cuba, Illinois, to pick up horses that were stolen from Edward Auten. There is another story about the capture of the thief of clover seed and the return of the stolen goods.

Come on out to the museum to see a copy of this booklet and view the other pieces of Princeville history that we have on display. Researching your family history? The museum has numerous resources available to help you research families from Princeville and the surrounding area. 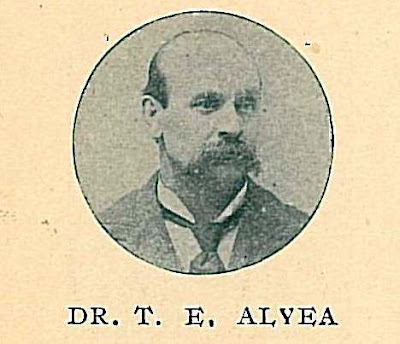 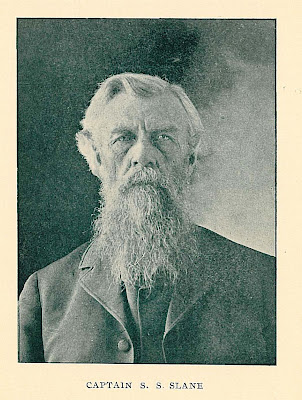 As a member supported organization, we know that our memberships are simply not enough to keep the organization running each year. Thus, we rely heavily on people like you who understand the importance of what we do here, and appreciate the wonderful exhibits, cultural and educational programs we offer the people of Princeville and beyond. So, October 2010 we launched our"Friends of the Museum" Campaign. Each October, the Historical Association of Princeville Board of Directors will ask the membership and community to take part in the "Friends of the Museum" Campaign.

Please, if you have any questions concerning membership or any other aspect of the museum, don't hesitate to contact Erin Pulst, museum director, at (309) 385-1916 phmdirector@frontier.com

Officers, Board of Directors, & Staff

All Events are currently on hold until May 1, 2020
Monthly Community Coffee
Second Wednesday of Each Month
8:00 am to 10:00 am